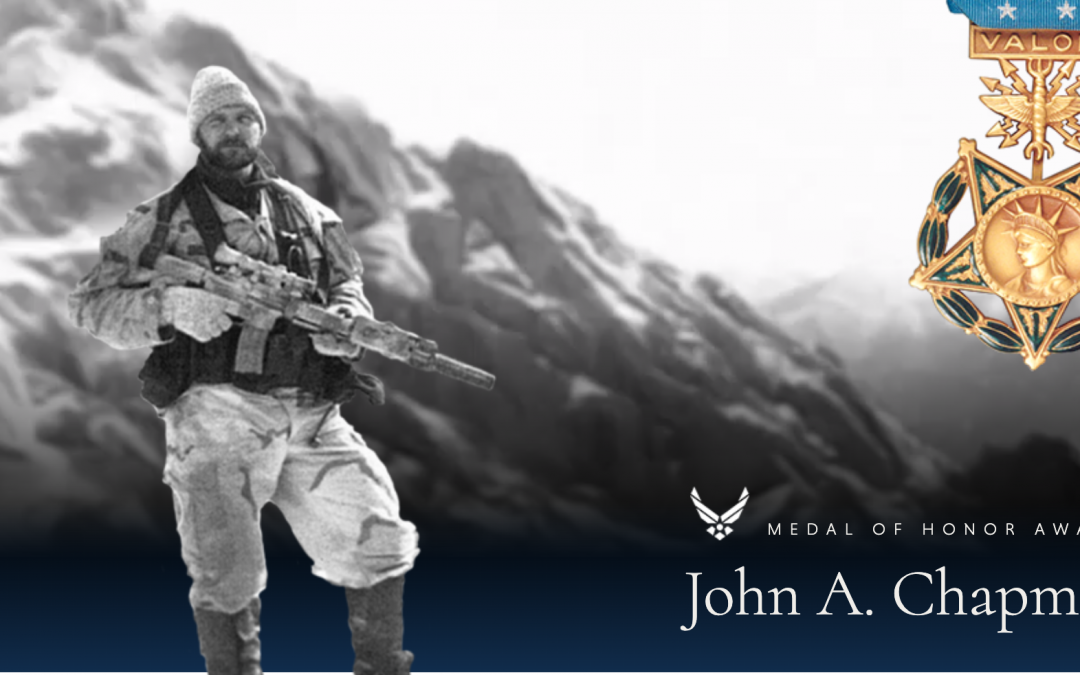 It’s the first of its kind.

Heroism caught on tape unlike it’s ever been captured before.

In 2002 Air Force Technical Sgt. John Chapman gave his life to protect his country and his fellow soldiers.

He would be posthumously awarded the Congressional Medal of Honor for his actions.

While the Medal of Honor is usually awarded based on evidence supplied by word of mouth from eye-witnesses, Sgt. Chapman would make history with his heroic actions.

As it happens, Sgt. Chapman’s firefight with the enemy was caught on tape by a CIA predator drone flying more than 10,000 feet overhead during the firefight.

His would be the first Medal of Honor action caught on tape.

Chapman was hit by gunfire and shrapnel at least sixteen times, and although his wounds and his heroism would cost him his life, it would save twenty three of his fellow soldiers in that moment, and allow America to advance the fight against terrorism and tyranny around the world.

According to the Medal of Honor summary

Sergeant Chapman had a tendency to make the difficult look effortless, and consistently sought new challenges. Dating back to his high school days, he made the varsity soccer squad as a freshman. Also an avid muscle-car enthusiast, he rebuilt and maintained an old Pontiac GTO.

Combat control would prove to be another instance of “making it look easy.”

Combat control training is more than two years long and amongst the most rigorous in the U.S. military. Only about one in ten Airmen who start the program graduate.

From months of rigorous physical fitness training to multiple joint schools – including military SCUBA, Army static-line and freefall, air traffic control, and combat control schools – Sergeant Chapman is remembered as someone who could do anything put in front of him.

Dan Schilling is a former Combat Controller and the author of Alone at Dawn which recounts Sgt. Chapman’s actions and the firefight in Afghanistan during the Battle Takur Ghar.

In the video below, narrated by Schilling:

“You’ll watch Chapman’s heroic actions as he saves the lives of his entire SEAL Team and then another 18 members of a quick reaction force, earning America’s highest award, the Medal of Honor,” Schilling explains.

This is the video captured of Operation Anaconda. The video that shows why the Medal of Honor is reserved for the best of the best.

You can hear a moment by moment account of Operation Anaconda in our latest podcast episode: FR#113: OPERATION ANACONDA

Get your copy of Alone At Dawn and learn more about SGT Chapman here: 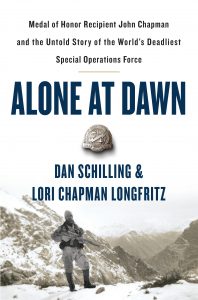