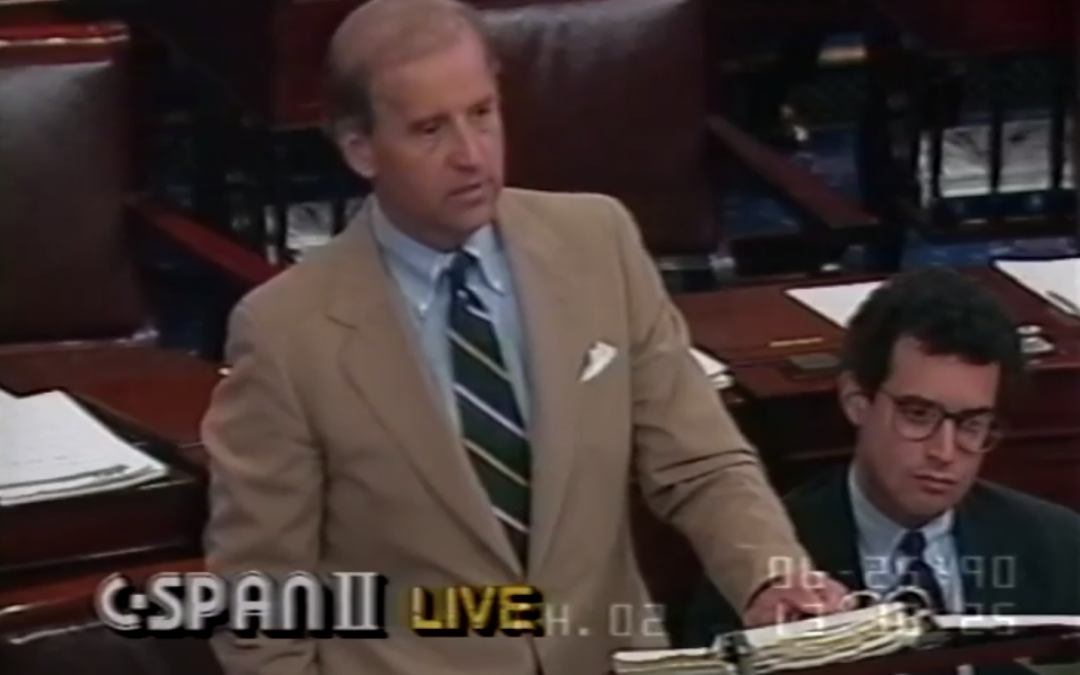 We aren’t really sure exactly what point Joe Biden is trying to prove here, but he’s got a lot of explaining to do.

Watch as the Democratic Presidential Candidate joe Biden rants and raves about people committing “homosexual acts” on top of the American flag.

During a debate in 1990 about a constitutional amendment that would ban burning the American flag, then-Sen. Joe Biden (D-DE) proposed a bizarre hypothetical to illustrate why he thought it was a slippery slope.

Biden argued a constitutional amendment would be the gateway to regulating expression. He said:

Would that be desecrating the flag under this amendment? Let me ask you, does anyone doubt that there might not be at least a few members of this body that would introduce an amendment to the law? We can amend this 99 times, once we pass the constitutional amendment, we can pass any law we want.

There can be 1, 2, 7, 10, 20, 50, 70, 100 such laws. Does anyone in here doubt that the next day there wouldn’t be someone here with a statute saying it is, by definition, desecration of the flag to portray it in a circumstance where homosexual activity is being performed upon the flag? Or heterosexual activity. And let’s decide then we get into it.

“Well, if it’s homosexual activity, we may have banned it. If it’s heterosexual activity, maybe not. If it portrays people kneeling and praying to God, probably not for sure. All of them doing the same thing, physically, on the flag.”

Biden went on to defend the flag.

“I don’t want anybody doing anything on top of the flag. But the reason why that would be so damaging is that it would, in fact, allow the government to distinguish and discriminate between and among types of expressive conduct,” he said.

“Never before have we done that.”